The Capital of Hip

Wellington is officially New Zealand’s capital city and unofficially the capital of culture, coffee, hipsters and Bohemians. A stroll down the cafes and malls, such as Cuba Street, of the central City will affirm the urban hip tags Wellington has earned in the last few years.

That is if you are not blown away by the often persistent winds from the Cook Strait that have equalled earned Wellington its nickname the Windy City. Mini earthquakes are also not too uncommon as Wellington sits atop a major fault line. Feel safe however as the buildings of Wellington are arguably safest in the world due to extremely strict and equally inventive building standards.

As well as coffee Wellington is known for it’s craft beer and wine scene. Less than an hour away are the wonderful wine regions of Wairarapa and Martinborough. Perfect for a day trip excursion away from city.

Wellington is also home to the world famous Weta Workshop, the studio of filmmaker Peter Jackson, and home to many special effects and film props in modern movies.

» Travel in NZ » Tours from Wellington 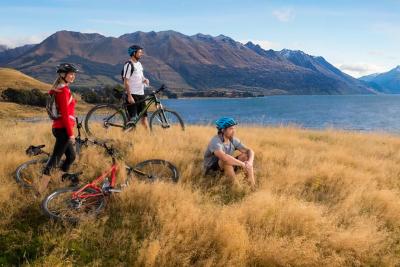 A fully accommodated tour with many of the activities you might want to do in New Zealand included on one price. Stay in quality boutique accommodation as we travel through the best part on and off the beaten track in the South Island.