For many Auckland is the landing point for starting your New Zealand Adventures. Home to almost a quarter of New Zealand's population it is a bustling modern urban city.

Known as the City of Sails for the share number of sailing boats seen on its harbour, Auckland is a beautiful city built around the Waitemata Harbour. An absolute must-do for those with more than a day or two is a trip to one of the close Islands such as the obvious volcano, Rangitoto, or Waiheke Island famous for its beaches and wineries. The menacing Rangitoto volcano is long since dormant and can be easily climbed in a day for spectacular views over the harbour and city. Auckland itself is built on 53 dormant volcanos.

Heading further afield the wild west coast beaches of Piha and Murawai are well worth a day trip - they are known for their incredible black sand and massive surf.

Perhaps the biggest criticism of Auckland is that it is extremely spread out making getting around it to the many different markets, inner city beaches, nightclubs and attractions often quite difficult.

» Travel in NZ » Tours from Auckland Experience the serene beauty of the Bay of Islands on an action packed trip from Auckland to Paihia, return. Join the team with great guides and like minded travellers!

Hug mighty Kauri trees, hike to waterfalls and swim in coves, explore the sacred Treaty of Waitangi grounds, the stunning Bay of Islands by boat, swim in the crystal blue freshwater Kai Iwi lakes, and try the best fish ’n’ chips in the World. 7 days of our hand chosen lower North Island highlights designed see more, do more, and experience it all first hand.

Visit Cathedral Cove, dig your own jacuzzi at Hot Water Beach, smell the the mud pools in Rotoura, try a traditional Hangi, go on a 4WD bush safari in Whanganui National park, hike the Tongariro Crossing in Tongariro National Park, and sip coffee in Wellington. Once leaving the urban sprawl of Auckland there is world of incredible landscapes, rich New Zealand culture, and don't forget the beaches, to be explored on this 7-day adventure tour You’ll have the chance to learn more about Maori culture at Lake Aniwhenua, experience life on a high country farm at Blue Duck Station and cruise the magnificent Lake Okataina – just to name a few things.

This 7 day North Island tour will leave you in awe of New Zealand’s spectacular landscapes, heritage, and culture, impressing even the most discerning traveler, and creating plenty of memories and stories to share for years to come. Get a taste for New Zealand on this great North Island. Leave no stone unturned and no major sights unseen on this epic guided adventure tour. A full 10 Day fully accommodated tour starting from Auckland and travelling all the way through the North Island to Wellington. Link your discovery of the North Island with a peek of the South Island during this 12 day tour.

Everything the North Island has to offer on this incredible journey through farming country and to both coasts. Plus a jaunt down the top of the South Island and the stunning Kaikoura coast Expect an action packed 16 days as this tour takes you on the best highlights of the North and South Islands with like minded travellers. Great activities, great accommodation and memory making moments! Summer 2019 On Sale - Not much time but want to see the best Highlights of NZ? Then this guided adventure tour offers you an extensive opportunity to see all the major bucket list sights from Auckland to Queenstown. On Sale - Get a really good understanding of what makes NZ tick on this epic trip which covers everything you'd want to experience and more, from the Bay of Islands to the bottom of the South Island

On Sale - An epic 20 day all New Zealand trip staying in twin share rooms at 3 or 4 star properties. You will pass through national parks, rainforests, visit hidden pools & UNESCO World Heritage Areas, and probably more beaches than you have toes Summer Sale - Starting and finishing in Auckland you'll spend 5 days exploring from Auckland to Wellington and then 2 weeks experiencing the very best of the South Island - both West and East coasts!

Summer Sale - Be inspired by incredible landscapes as you hike volcanic craters in Tongariro National Park, explore the Franz Josef Glacier, soak up the sun in Abel Tasman National Park and tick off all of the major cities in the North and South Islands. Jump on the bus and discover the real New Zealand, with (almost) everything you could wish for! From the Far North to the very Far South

This Hop on, hop off full NZ bus pass is valid for 12 months giving you the ultimate way to move around New Zealand at your own pace, but with like minded travellers combining off the beaten track stopovers with the must-see and do New Zealand. Eat Like a Local, live like a local and be – just like a local! And do all of this at your own pace on this 12 month get-on, get-off travel pass which delivers you to more Off the Beaten Track locations.

Designed with flexibility in mind, our Max Pass allows you to choose your pace while taking full advantage of the unique activities and accommodation locations sourced by passionate and well travelled guides. You'll need a few weeks to make the most of it. Start where you like and finish where you started 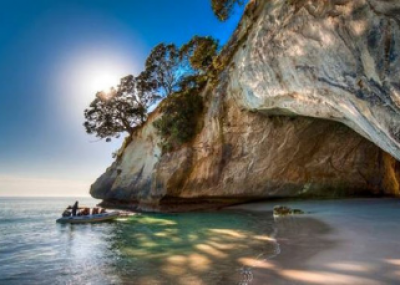 If you want a tour that starts in Auckland and see it all, then book this 25 day adventure with us. Your inclusions are extensive – you will see more, do mre and experience more. Full cultural and environmental immersion!