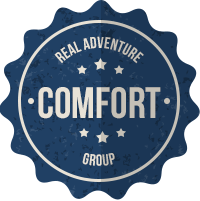 One of Australia’s most spectacular national parks - and our best kept secret!

This spectacular geological site was formed by a huge granite extending across what is now Bass Strait to north east Tasmania. It's been eroded over the millennia, creating fantastic landforms including mountain peaks, steep cliffs, enormous boulders, rocky outcrops and sweeping bays.

Affectionately known as "The Prom", it was declared a National Park in 1898. It was occupied by Aboriginal people at least 6500 years ago, but these links may to go back to ancient Ice Ages when it was a land bridge to Tasmania.

Right at the southernmost tip of mainland Australia, The Prom is a pristine environment of more than 50,000 hectares that's criss-crossed with walking tracks ranging from picturesque beach strolls to peaceful bush walks and challenging hike up mountain peaks.

The Prom's forests and sprawling bushlands are home to many native creatures, including kangaroos, koalas, wombats and emus. Walk quietly, and you may be rewarded by seeing these animals in their natural environment.

Wilsons Prom and its islands have been declared an Important Bird Area by Birdlife International, and are home to many bird species including thousands of migratory shearwaters, cormorants, plovers, brilliantly coloured cockatoos, honeyeaters, firetails and the flame robin (summer only). Birdsong is often a beautiful accompaniment to your bushwalks.

Day 1 : Wilsons Promontory National Park Tour
HIGHLIGHTS • Bushwalking, sightseeing, bird watching and spotting native animals • Squeaky Beach is one of Australia's most famous, as the quartz sand really does squeak as you stroll between rolling surf and windswept vegetation • Giant Rock is one of the massive granite formations • Go wildlife spotting at a deserted old airfield • Tidal River - where you can learn more about this extraordinary national park in Australia's southernmost region • Explore some of the excellent hiking tracks such as: Lilly Pilly Gully, Mt Oberon and its spectacular views of The Prom or Mt Bishop with its equally amazing summit views
Meals :None

Courtesy Transfer Service
We offer our customers a courtesy transfer service from selected inner city hotels/accommodations to the departure point (570 Flinders Street) - This service must be pre-booked at least 48 hours prior to departure.
Please confirm your allocated hotel / hostel pick up time when making your booking.

Send us a Booking Enquiry

Optional Activities (Available to sign up on tour with your guide)

We request you keep your luggage to a maximum of 5 kg in a backpack or soft overnight bag.

No Credit Card or Booking Fees!!

We have 24/7 customer service support.

On this day trip, you will explore the Wilsons Promontory. This is a must-visit spot located in the most southern region of Australia. It is known for its white beaches, panoramic views, coastal forest, and stunning walking tracks. Wilsons Promontory is one of Victoria's most loved and cherished natural attractions, and will never fail to amaze.